« Back to Sentinel Peak Capital Partners 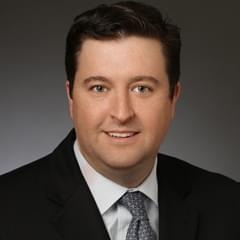 Richard Chesney is a co-founder and Managing Partner of Sentinel Peak Capital Partners.  He is responsible for developing and effectuating the repositioning strategies for each property that Sentinel Peak acquires. Prior to co-founding Sentinel Peak, he worked within the Real Estate Finance Group at Goldman, Sachs & Company in Dallas where he participated in the origination, loan closing and securitization of approximately $1.0 billion in commercial mortgage loans across several asset classes including, multifamily, retail, office and hospitality properties.  Prior to his time at Goldman Sachs, Richard worked within the special servicing division within J.E. Robert Companies (JER Partners) where he was part of a team that actively managed all non-performing loans and REO assets. During his time at JER, he was part of a team that repositioned a portfolio multifamily property in excess of 1,000 units. These repositioning strategies allowed the firm to recoup its original loan balance. Prior to JER, he worked for Cole Capital in Phoenix in an asset management role and began his career with Holliday Fenoglio Fowler in its Dallas office on its debt platform. Richard earned his Masters of Business Administration, concentrating in finance, from Southern Methodist University in Dallas, Texas and his Bachelors in Architecture from the University of Arizona in Tucson, Arizona.  He is an active member of the Urban Land Institute, serves on the Boards of Directors for the Lake Highlands Public Improvement District & local apartment associations and lives in Dallas with his wife, Melanie and their son.